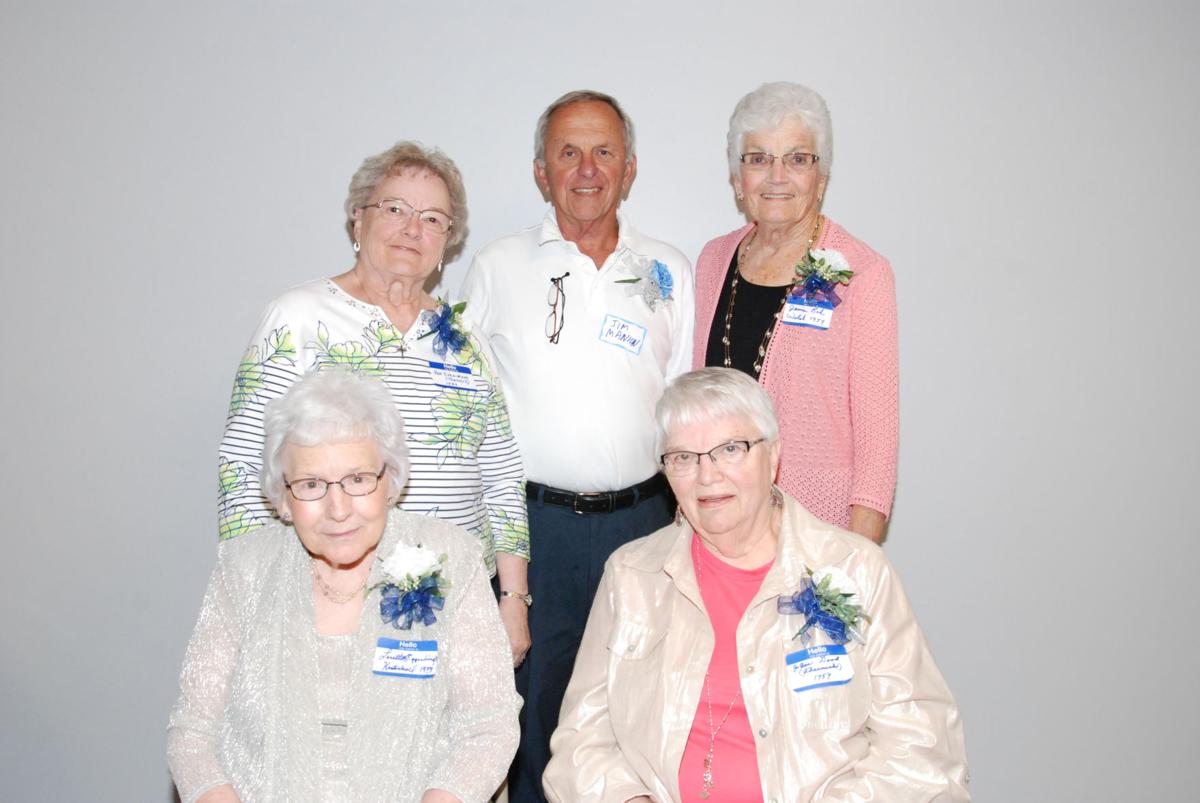 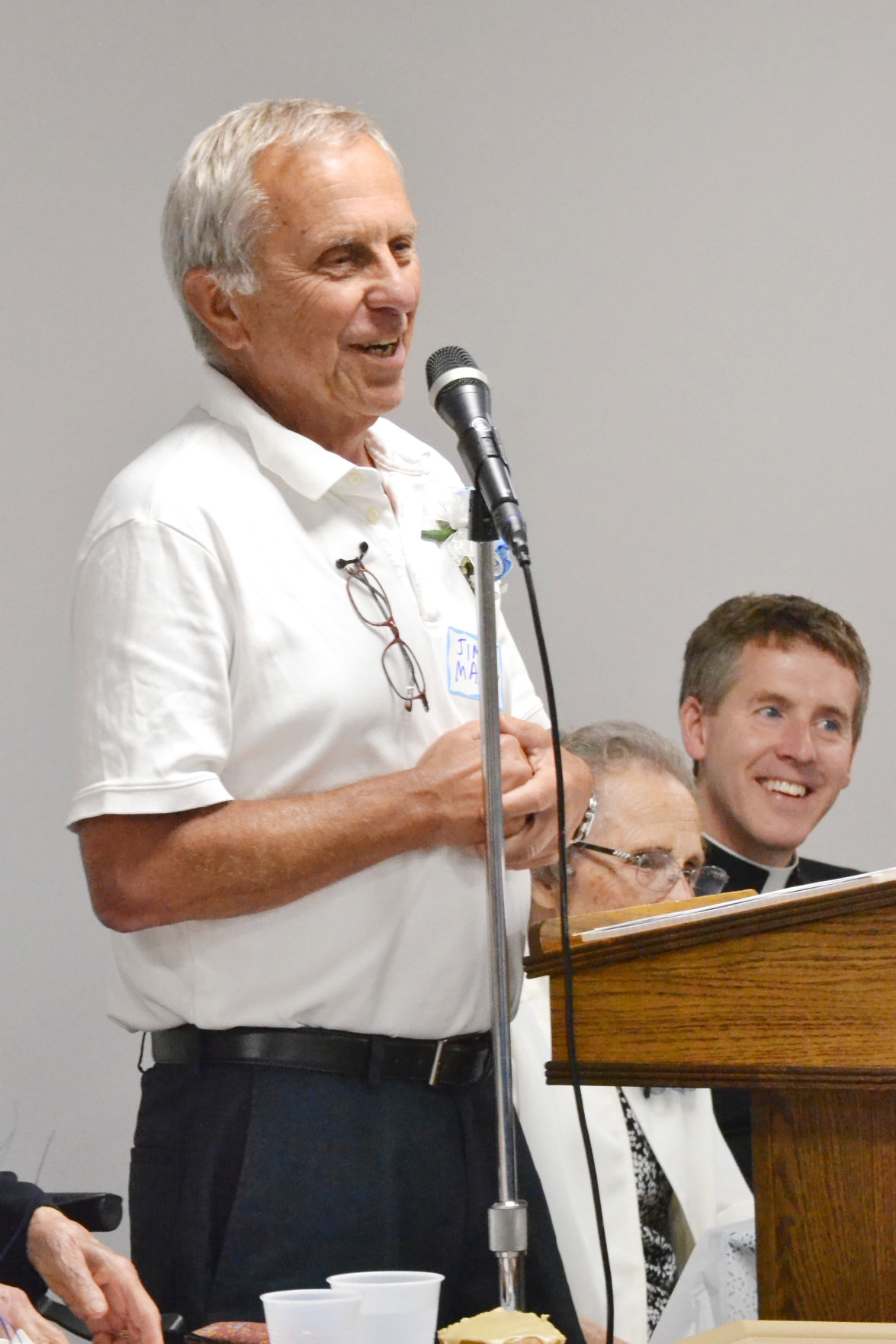 After 66 years, St. Ludger Academy closed its high school in May 1969, after 17 members of the senior class received their diplomas.

Seven of those graduates reunited last Saturday at St. Ludger Social Hall to observe the golden anniversary of that event.

“The Rev. James Fitzgerald, pastor of St. Ludger, has announced the closing of the St. Ludger high school. The Omaha Archdiocesan board of education, after consulting with the people of St. Ludger and the school board, recommended that the high school, grades 9-12, be closed.

“The grade school will continue to operate.

“The St. Ludger school opened its doors for the first time in 1933. It served students from Creighton and surrounding area since that time. The Rev. William Windolph, who died in 1943 while pastor of St. Ludger, directed the construction of the school. It was staffed by the School Sisters of St. Francis for 66 years.

“The high school closed because of difficulty in meeting rapidly increasing costs.

“‘The shortage of teaching sisters and the need to hire lay teachers has priced out of business,’  Fitzgerald said.”

The senior class received diplomas at commencement exercises Sunday, May 25, at the church. The presentation was made by Fitzgerald, who served as superintendent of the school.

Mattern was valedic­torian  and  Hutchinson  was salutatorian.

The Rev. Jeremy Hans celebrated Mass to begin the evening, after which the alumni and guests moved to the social hall. Pat Tharnish Neumann and Pat Mathine Kulman were hostesses, while Don and Diana Frisch served punch.

Hans reported on St. Ludger Elemtary School and Kershner gave a history of the Manion family, prior to Dr. James Manion of Omaha, a member of the class of 1959, taking the podium.

He spoke about his memories of high school activities.

Kershner presented the class of 1969 with copies of her book, “Northeastern Nebraska Barns.”